Registration for all of our

Fighting Game Tournaments will all be taking place on Playstation 4.


There will also be a 12 and under Smash Ulitmate event on Saturday with signups at the door only.

We will be also hosting FREE tournaments for Fortnite, Mario Kart and more that will be free to enter at the event! 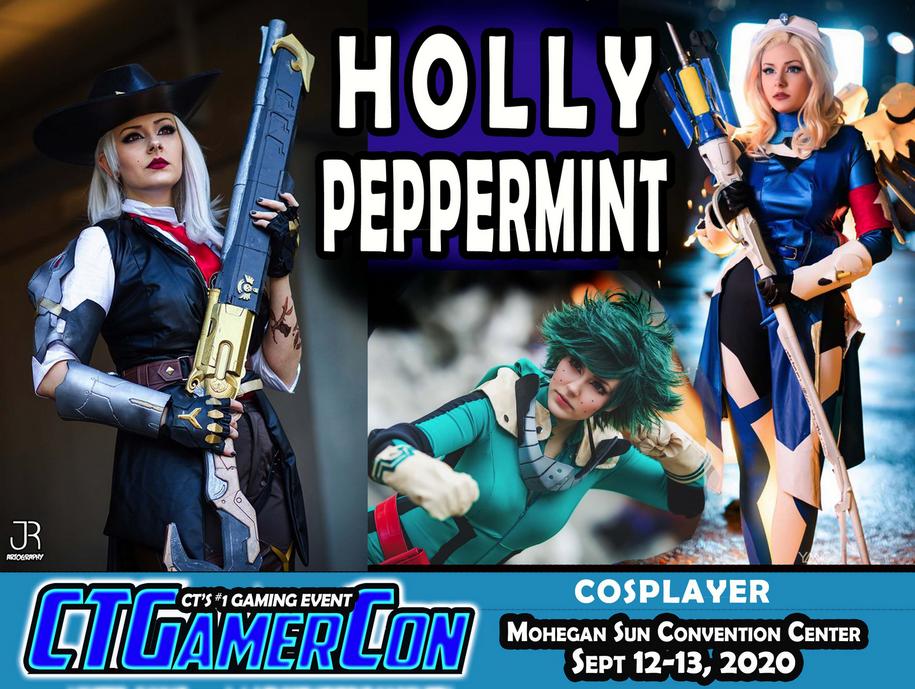 ​​Learn to Play: Magic the Gathering


Magic the Gathering is a collectable card game where you and your opponent are Planeswalkers, powerful mages, each armed with a deck of Magic Cards representing lands, creatures and spells. Each player summons creatures and casts spells, trying to knock the other player life down from 20 to 0, thus winning the game.

$3 (for unlimited rentals all weekend)

Family and friends are encouraged to stop by and play a board game at this years convention. The Dragon’s Lair will have many of your favorite games for you to enjoy. 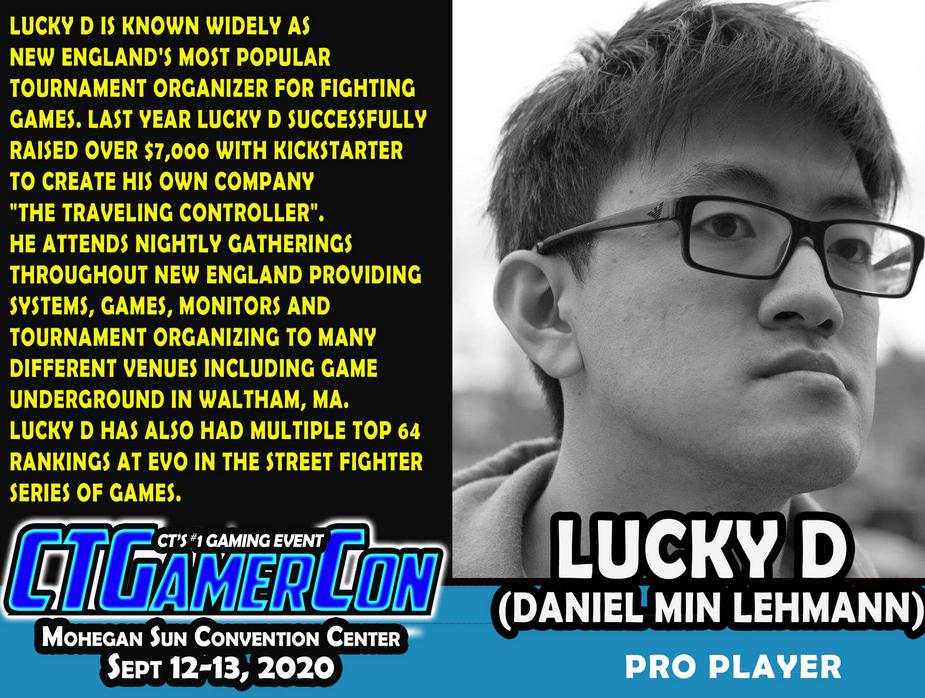 Freeplay will be available during all non competition times!

​
Tournament Rules:
Players will challenge for the most kills in a match between the scheduled tournament time if players are tied then we will go by placement in that match. For example if someone has 4 Kills and comes in 2nd place and another player has 5 kills in 20th place, the second player has more kills so they win! Tie breaker is determined by place.

Players will take a turn then get back in line for another chance. Players may attempt the high score 3 times per tournament.

Scores will count in games between tournament time(last game will be announced by staff) When the tournament ends the player with the most points wins!

Microsoft will also have some other giveaways throughout the convention so make sure you say hi!

Holly Peppermint is an NYC-based cosplayer who has been officially involved with the scene since 2012. She jokes that cosplay is the "family business" as her love of making costumes and going to conventions came from the inspiration of her uncle and aunt who also cosplay professionally. While she is known predominantly for her video game costumes, she also enjoys bringing anime and popular television characters to life. Community means everything to her and she is always involved in some level of event promotion for the NYC cosplay and gaming circles, whether she is promoting parties for Otakus With Attitude, or running gaming tournaments and events for her day job at 368 Broadway. She has been featured on shows such as Cosplayers Getting Coffee and AOL's Uncommon Ground, and most recently represented teams such as New York Excelsior and Washington Justice at the official Overwatch League Homestand games through cosplay. Holly owes her lifelong love of video games to all of her positive cosplay experiences and cannot wait to continue bringing her favorite characters to life. 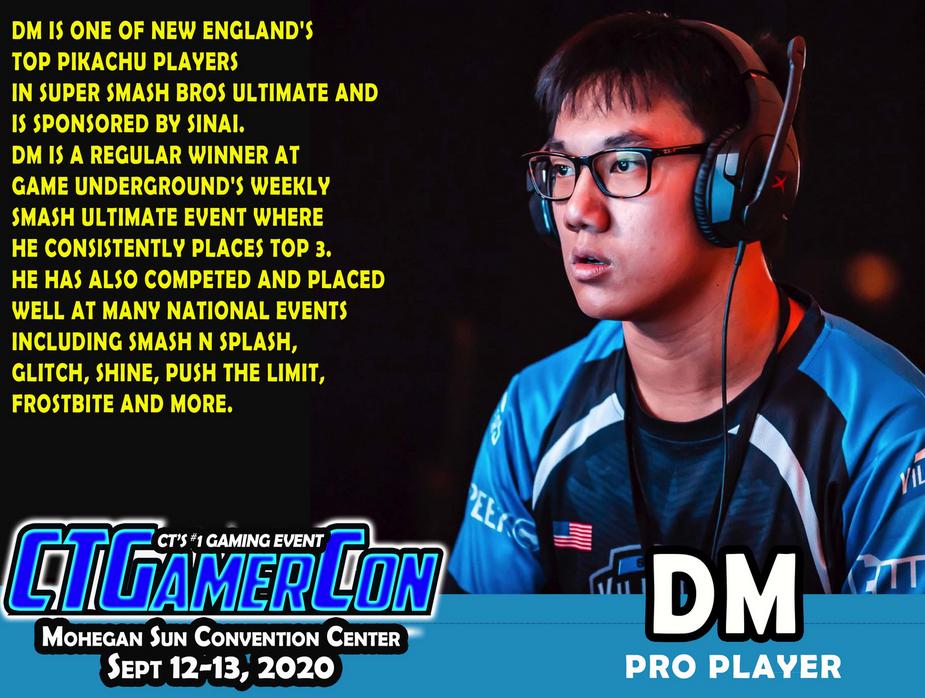 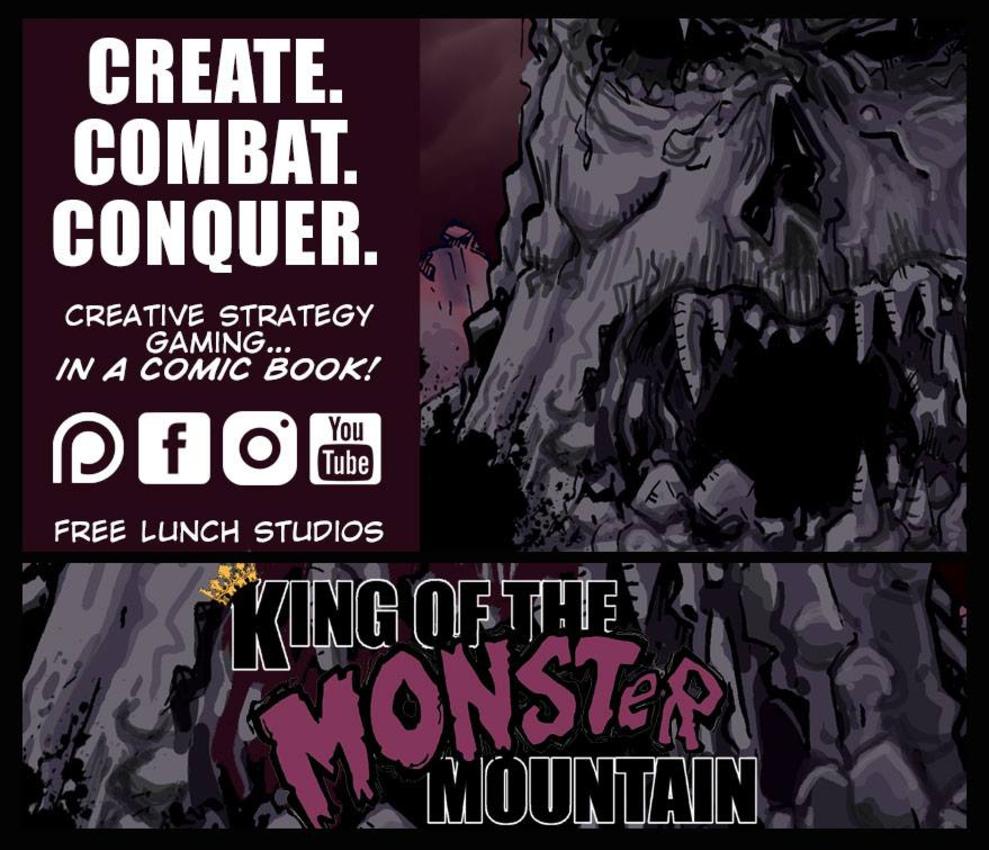 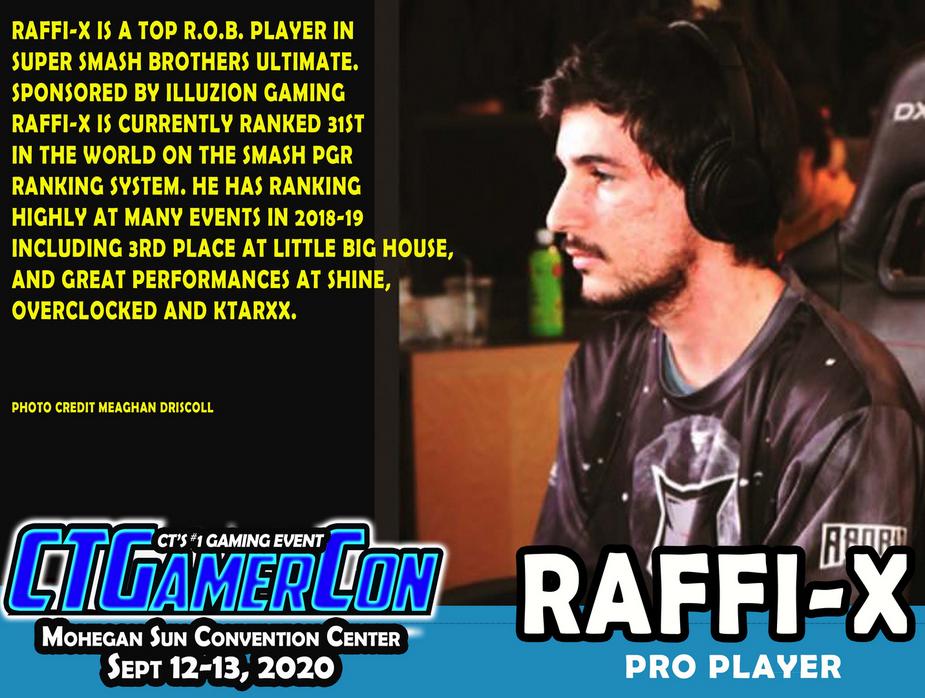 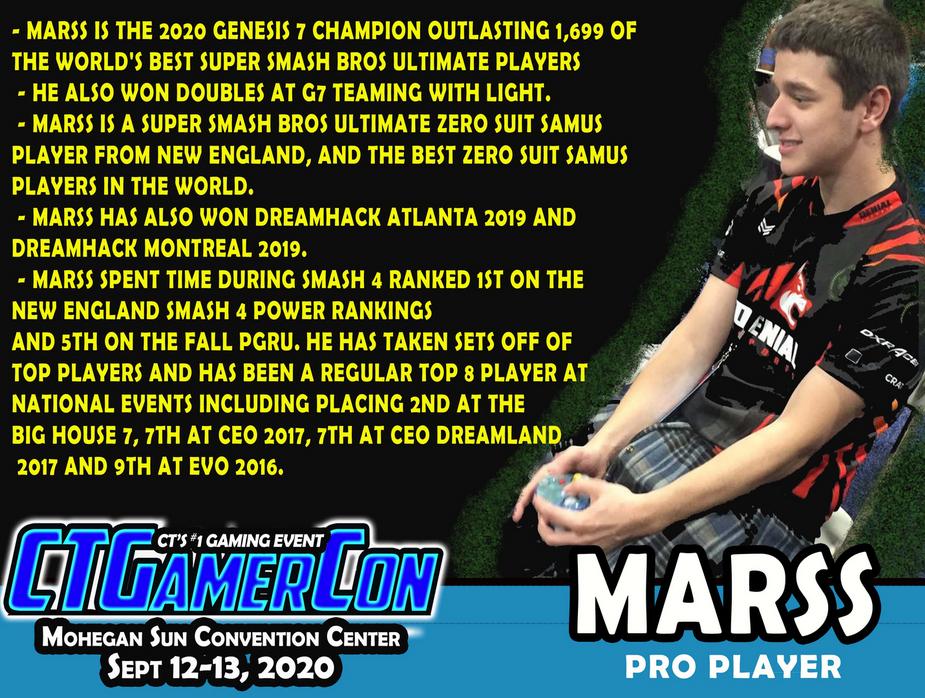 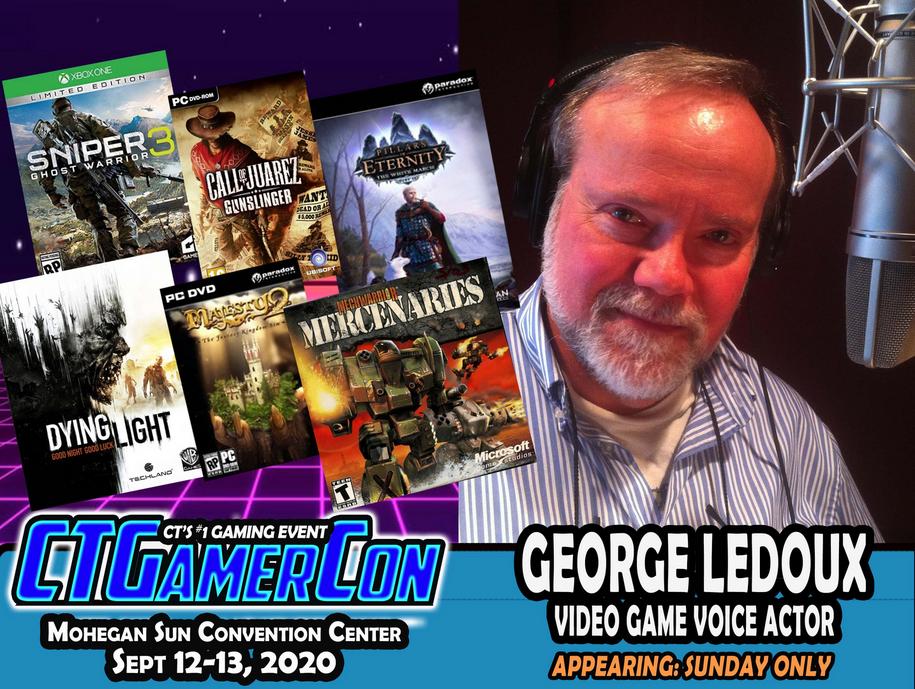 As a professional voice actor, director and producer for over 20 years, George has performed hundreds of character voices and narrations for video games, game trailers, corporate and interactive e-learning projects, as well as for documentaries as featured on The History Channel, The Discovery Channel, PBS and more. He has also been heard in hundreds of radio and TV commercials.

Besides the many game trailer VO's for Techland Games, Paradox Interactive and Obsidian Games he has done, he also is a fan favorite as the character, “Duncan Fisher” for the Mechwarrior/Battletech games franchise. Other major voice acting roles include “The Royal Advisor” for the Majesty franchise, and the superhero “The MinuteMan” for the Freedom Force games franchise created by BioShock creator, Ken Levine.

Recently, his production company, Voices In My Head Productions®, has been producing voiceovers for video games. In 2012, George began working closely with Techland Games, helping in the VO development process of several titles in various stages of development, simultaneously. Titles include, “Dying Light”, “Dying Light: The Following”, “Call of Juarez: Gunslinger” and “Dead Island: Riptide”. C.I.Games has also made use of George's VO services in the development stage of it's “Sniper Ghost Warrior 3” title. Most recent titles include, “Dying Light 2 – E3 2018 Demos and Promos” for Techland Games, “God's Trigger” from OML Games, “Lords of The Fallen” mobile from CI Games, “Warlock 2: Revenge of the Nagas” for the PC, and many more.

A much more extensive list of game credits and details can be found on his website at: http://www.georgeledoux.com 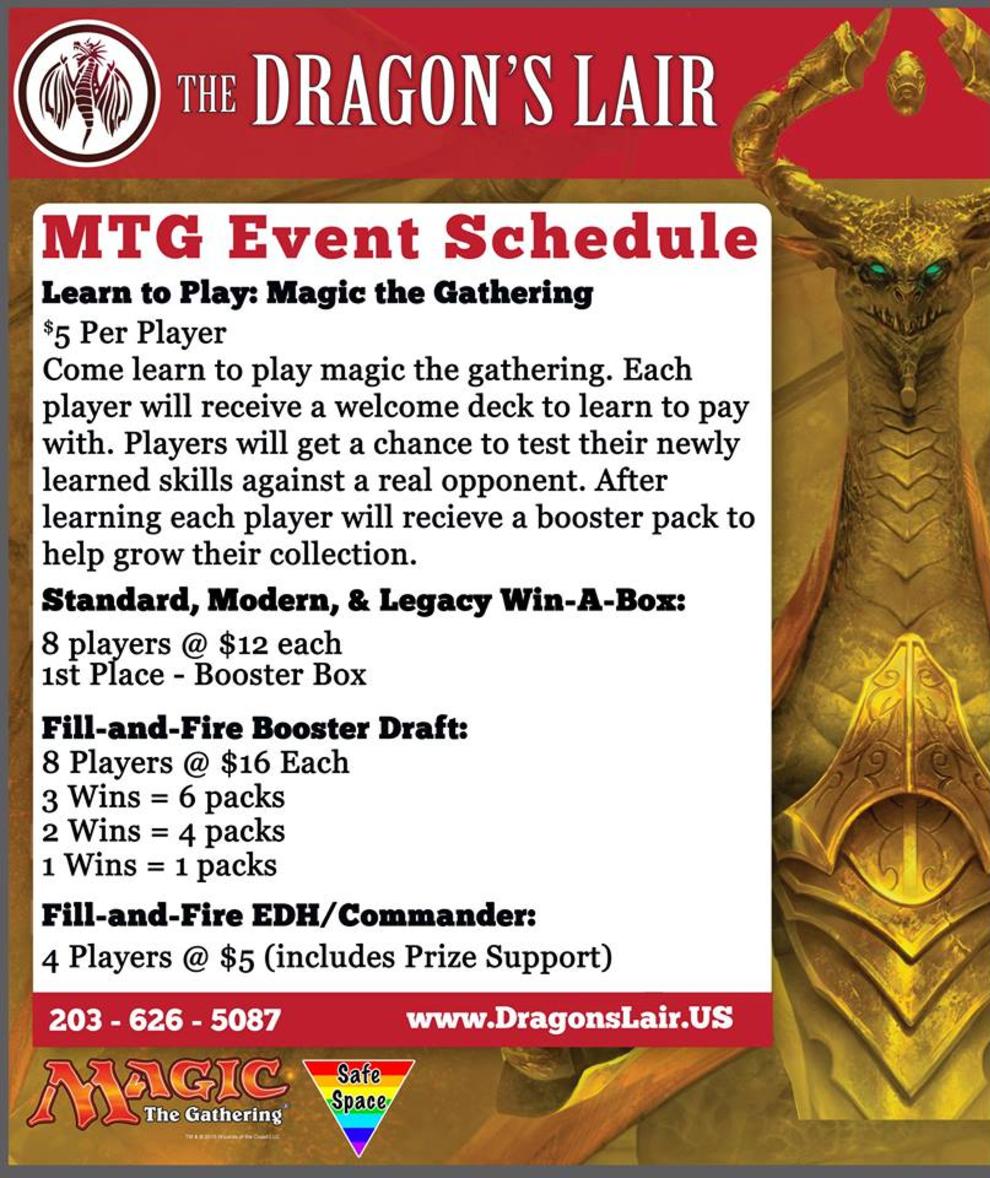 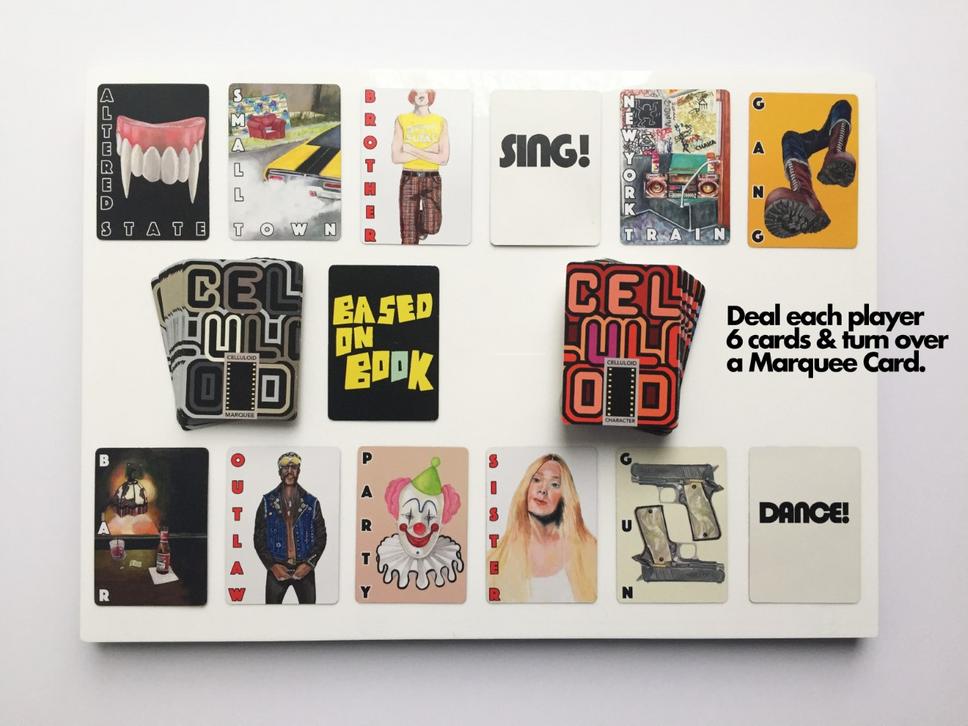 Brianna is the Lead actress in the movie Wonder Park with Mila Kunis, Jennifer Garner, Matthew Broderick, Ken Jeong, Kenan Thompson, John Oliver and more. She has done voice over work for Lysol, was the narrator for the children's book, The Letter Critters, written by a local author., can be seen in Lifetime Movie Wishin' and Hopin', Late Night with Seth Meyers and an episode of Momsters: When mom's go bad.  She has also done a lot of theater work including Annie in Annie, Miracle on 42nd Street, Wizard of Oz, Sleeping Beauty, Willy Wonka & the Chocolate Factory, her favorite role, Judy Turner in A Chorus Line and many more.

She sings, she dances, is a 2nd Degree Blackbelt, a New England competitor, was accepted into a high school college partnership where she wants to major in business, and plays Dungeons & Dragons.

Brianna loves being a guest at Comicons, meeting her fans, answering questions and sharing her journey. 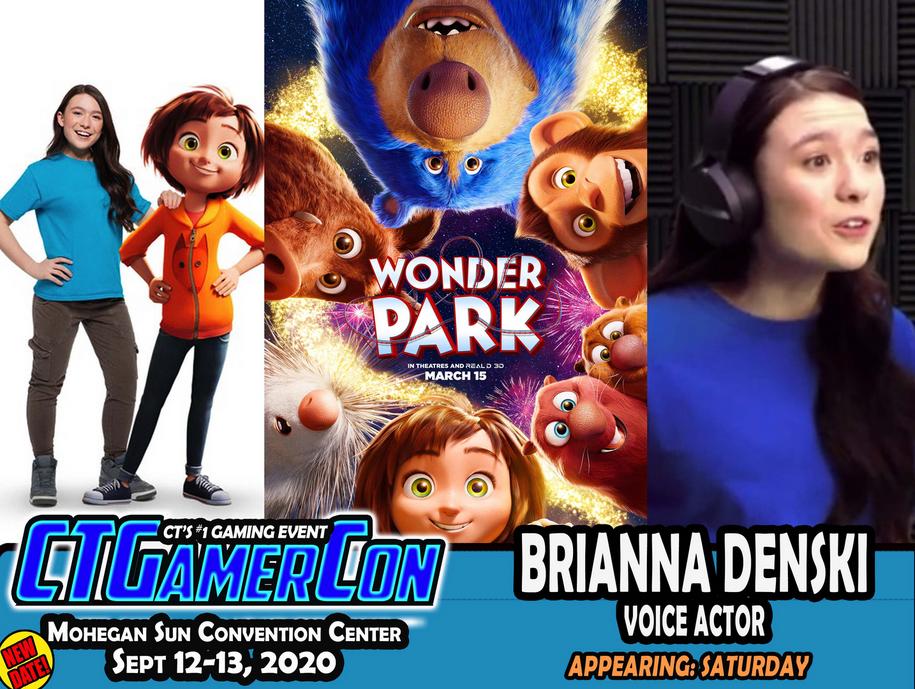 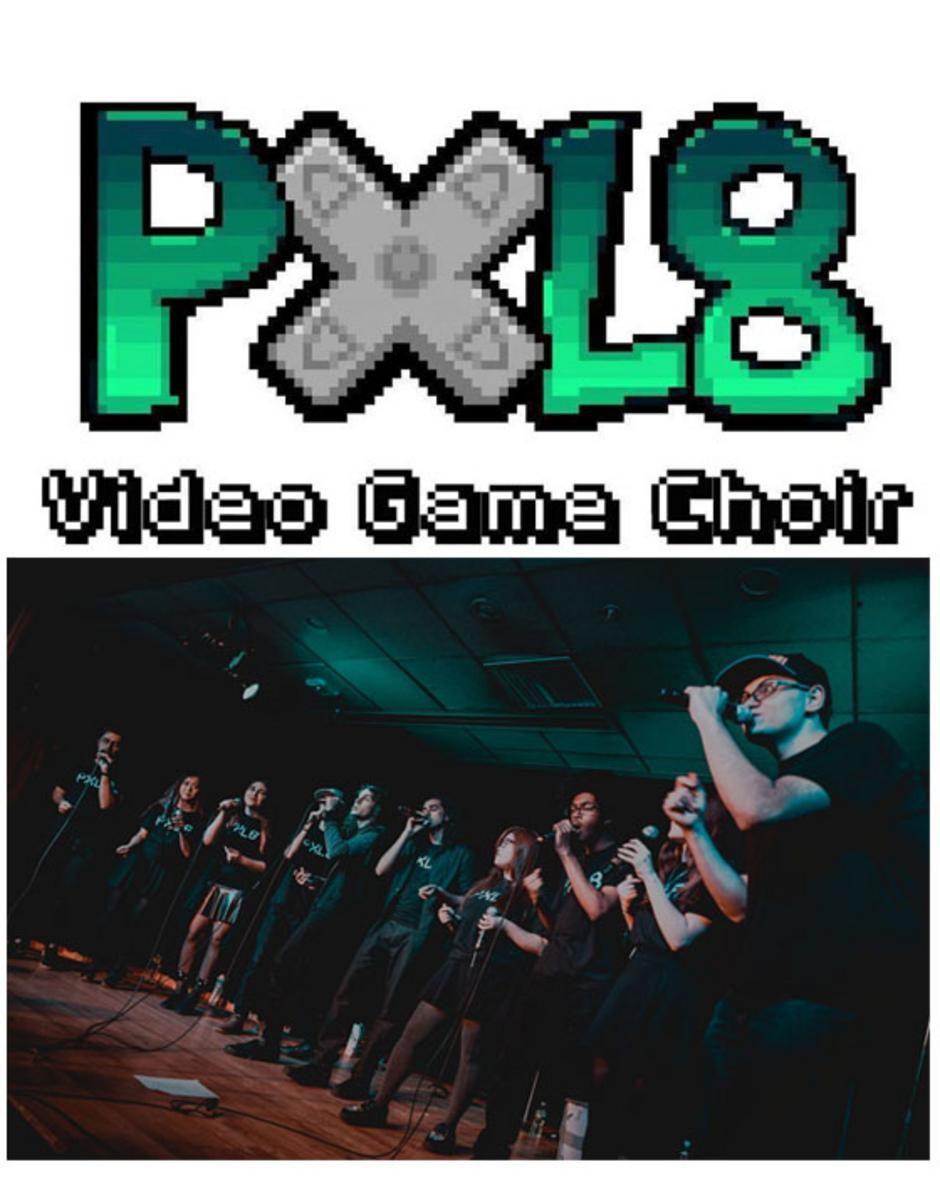 Each round is dictated by the turned over Genre card & then each player uses one or more cards from their hand of six to name a real movie based on Genre card.
There's a performative element with the Action cards where you Quote, Sing, Act or Dance something from the movie you've chosen. It's a creative / cerebral way to interact with movies & memory triggered by cards in your hand & in laying down your cards, you're actually telling the story of the movie you've chosen & how your cards make sense.